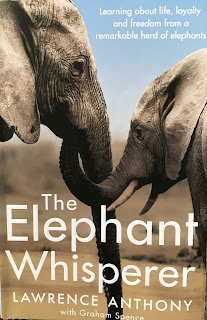 I’ve been wondering what the world might be like if human beings were mute.  If none of us had the ability to speak—ever—to anyone. If none of us could communicate with each other by the spoken word because there was no such thing. What a shattering loss. In many ways, yes. But in others, really?

I’m probably doing this wondering because I just finished reading The Elephant Whisperer by Lawrence Anthony. In it the author, a conservationist, writes of his hard-won, intimate relationship with a herd of rogue elephants. He took nine of them into his South African game reserve to save them from being shot.

Slowly, slowly, he began the difficult task of befriending them while preserving their wildness. In the process, he and the elephants discovered ways to communicate with each other. When he was with them, he did use language, which he knew that on one level they could not understand. But it was not his words that began to break down barriers and lessen the animals’ fear of him. It was his tone of voice, its softness, warmth and emotional quality that the elephants responded to.  They came to realize that Anthony cared about them and their welfare and that they were safe in his presence.

The elephants began using their trunks to respond to him—by gently touching him.  After a rough start when the animals escaped their temporary enclosure and went stomping wildly through the bush, they eventually got to the point where they sought out Anthony to interact with him. He describes being covered with “elephant slime” from their touch and loving it. After he’d been around them for a while, he realized that they could communicate with each other through stomach rumblings. The day after he died, they emerged from months in the bush and showed up at his home. On the one-year anniversary of his death, they did the same.

What if, on the local, national and international stage, those in power were unable to speak.? What if they had no verbal tools with which to express themselves—to argue, to insist, to insult? If all they were able to do was to communicate with each other by gentle touch and the rumblings of their intestines.

What if? I was just wondering. 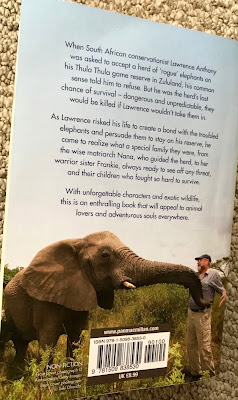