On Saturday night I saw my very first Star Wars movie. I was joined by eleven movie-goers, about half grandkids, all seated across one long row just above the horizontal aisle in the local movie theatre. That meant there was no one in front of us and we could put our feet up.

We had arrived a good half hour early and saw an incredible number of over-the-top-noisy-violent-action-packed trailers before the show started. And all that time I wondered where the people were. We’d been told to come early even though we had tickets ahead of time, so that we’d be able to sit together.  Turned out that was not a problem. By the time the main attraction started, there were at most another ten people in the theatre. And no-one else came in.

Really?? For Star Wars?  On Saturday night, Dec. 26? There was snow on the ground and the streets were a bit slippery but certainly navigable. Because I’d done a little pre-show research, I knew that the bigger theatre in town was full except for rows one and two.

One of the reasons that Star Wars was of special interest was because half of them were related to one of the writers, Michael Arndt. Michael’s big brother, one of our group, made his way to the very front of the theatre and took a picture of us all with rows and rows of empty seats in front of us.

We were a mixed bunch in many ways. Some of us had seen every single Stars Wars production. Others of us had sort of heard of Darth Vader and R2D2 over time, but were a long way from understanding the backstory. It didn’t matter. This was a holiday gift for us all preceded by a green-chili-smothered burrito dinner. Everyone was in a good mood.

It was an engrossing, explosive, action-packed, fascinating two-plus hours, enhanced by our 3-D goggles. I’m sure for many of us it revived memories as far back as 1977 when the original Star Wars came to the screen. I left the theatre curious about the story that had gone before, the incredible hype this movie has enjoyed and why in the heck so few of us were there to see it last night at the local movie house.

I just took a peek at Twitter where my granddaughter had written: “Grandma’s Star Wars review: ‘A stupid fight with neon swords.’” That was only my reaction to a single scene, but true. Even so, I had a great time!
Posted by Libby James at 2:57 PM No comments:


What about socks? There’s a whole lot of time, attention and money directed toward selecting the right running shoe, but socks, well they’re no big deal—or are they?

Experienced runners care about their socks and every runner and walker will have happier experiences on the road or trail if they choose their socks with care. It only takes one bad sock to ruin a run.

If it’s worn out or fits poorly, it can encourage blisters. If it has lost its elasticity and slips down into a runner’s heel, it can irritate and cause pain. If it’s too thick, it constricts, too thin and toes may freeze.

The first-ever socks were made from animal skins gathered up and tied around the ankles.  A little later, the ancient Greeks used matted animal hair to cover their feet. Romans preferred leather or woven fabrics. By 1000 AD socks had become a symbol of wealth.

By the fifth century, socks called “puttees” were worn by holy men as a symbol of purity. The invention of the knitting machine in 1589 meant that socks could be mass produced. By 1938 the invention of nylon allowed socks to be made with a blend of either wool, silk or cotton with nylon, increasing durability.

In 2011 Datang, China, also known as “sock city,” produced 8 billion pairs of socks, enough for two pairs for every person in the world.

Feet are the body’s heaviest producers of sweat emitting up to a half cup of liquid a day from 250,000 eccrine sweat glands in each foot. Probably that’s why feet are so notoriously smelly. Good socks can help by absorbing sweat and helping it evaporate.

Wool absorbs 30 percent of its weight in water and its anti-microbial properties cut down on odor. High tech materials such as lycra and polyester are also good for absorbing and dispersing moisture.

Today’s socks come in all shapes, lengths, sizes, colors, styles, thicknesses and combinations of materials. It’s no longer nerdy to wear a pair that doesn’t match; in fact it can be a fashion statement.

Over-the-ankle socks bridge the gap between pant leg and shoe. Socks cushioned at the forefoot and heel provide padding and protect sensitive areas of the feet from the shock of pounding. Elastic bands around the arch and ankle and spandex cuffs help keep socks in place. Left and right socks match the contours of each foot and provide a better fit. Some socks feature a tight reinforced weave in the arch area to improve support.

Toe socks, like gloves for your feet, isolate toes to prevent friction and protect callouses during long runs.  Compression socks improve blood circulation, help stabilize joints and muscles, reduce risk of injury and promote stability and a sense of security for runners.

Take good care of your socks. Wear them only to run or walk. Dirty ones increase the likelihood of blisters. Wash them inside-out to fluff the inside padding. Don’t use bleach. Extend the life of your socks by using fabric softener and allowing them to air dry. Repurpose them when they begin to lose their shape.

Sock selection has become so complex that REI has “foot information specialists” to help customers.

May you be lucky enough to get some new socks for Christmas!

Posted by Libby James at 8:20 AM No comments:

Two men from the city of Fort Collins Utilities Department working near my house, knocked on the door to tell me that in the process of replacing the gas line in the neighborhood, they had turned off my gas. “I noticed. I just tried to heat some water on my gas stove.”

“We’ll be finished soon. Sorry for the inconvenience.”

For the past two weeks there has been an enormous pile of dirt overflowing from the street onto the grass at the side of my house. Alongside it, two earthmoving machines have been residing. It’s been inconvenient, interesting and hard to find a place to park.

As the men returned to work, one of them said, “Haven’t you always wished for a big pile of dirt like that in your yard?”

“If it were manure, I’d sure be happy about it.”

“Manure?” said the younger of the men. “You want manure? I’ll bring you a load.”

“You will?” I could come get it in my station wagon.”

“Not a good idea,” he replied.

That was Wednesday. Sunday afternoon I heard a knock at my back door. One of the utility workers, Ken and his wife Anne, were parked by the curb with a huge load of manure in their pick-up. Before I could find a shovel to help, they had unloaded it beside my garden.

“No one does nice things for people any more,” Ken said.

Suddenly I had a new enthusiasm for the upcoming gardening season—and for the human race.

The next week my niece and her husband, who I’d met only once, came from Maine. On the third day of their visit, I had an appointment to have my oil changed. When the shop called to say that I needed new rear brakes, I was ready to give the go-ahead when Joe, who had already revealed himself as a man of many skills, shook his head, “No.”

I thanked the mechanic and said I’d just get an oil change for now. Without the proper tools, in cold, windy weather, with no access to a warm garage, Joe spent most of a precious vacation day installing rear brakes in my Subaru.

The colder and windier the day became and the more time the project took, the worse I began to feel.  Then I realized that it was bad weather for sightseeing and that maybe this wasn’t a bad way to spend this day.

Lauren and I had a rare opportunity to visit over family albums. A trip for tools, another for parts and by mid-afternoon the brakes were installed for a total outlay of $20. Joe came away from his task cold and grease-covered and with the knowledge that he’d helped me big time.

It’s hard to thank a stranger for giving you a load of manure because you made a wisecrack about a pile of dirt and it‘s hard to thank an in-law for a brake job he just happened upon.

Maybe the best thank you is to keep the “good turn” ball rolling.

Posted by Libby James at 2:13 PM No comments: 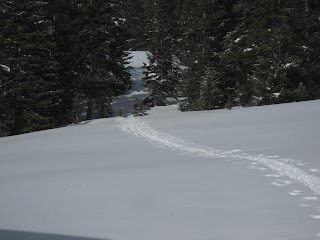 It often comes to us when we do something for someone else. Is there such a thing as altruism, the completely selfless act of one who has no personal expectations in regard to the outcome of their actions? Does the motive of the giver of happiness matter at all if the result ends up making someone else happy?

Is it possible for someone else to create happiness for another? Do we ever really know what brings us happiness? Sometimes what we think will make us happy does not. Sometimes we are surprised by happiness that sneaks up on us.

Chasing happiness is an iffy endeavor given the imperfect nature of life and human beings. Still, we can list things we love—things that bring us joy.

May a joy list of your own. It’ll bring you happiness.

Posted by Libby James at 3:22 PM No comments: