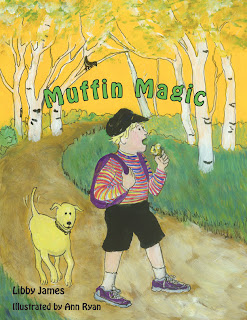 As a participant in The Next Big Thing Blog Tour, created by an Australian to help writers of children’s books spread the word about their work, I’m happy to tell you a little bit about Muffin Magic, a picture book for four-to-eight-year olds. The idea for the story came from observing my muffin-making grandson, Adam.  Every morning before school, he baked a batch of muffins, sat down and ate four of them, and left the rest for his younger sisters. He was pretty consistent about this routine for several months. Another aspect of the story grew out of my experiences as a child who moved from place to place and often had a hard time adjusting to new surroundings. The rest I made up.

The story is about Adam who loves the special muffins his dad bakes every Saturday morning. He loves his dad too, but he doesn't love moving every few months because of his dad's job. He has a hard time with each strange new bedroom, strange new house, strange new school and eating lunch all by himself.

So when Dad says it's time to move again, Adam swings into action. He thinks hard and dreams up a plan. Dad give it a try. If it weren't for those magic muffins, who knows where Adam and his dad would be now?

The publisher of Muffin Magic is Muffin Mountain Press, located in Fort Collins, Colorado where I just happen to live on Mountain Avenue.

The manuscript went through many drafts over many years. Adam, who was a muffin-baker at age seven is now 24! I like stories about young people who solve their own problems. Virginia Lee Burton’s Mike Mulligan and His Steam Shovel comes to mind as a book that might compare with MM.

Kids who are part of a single-parent family, who move frequently, or who like to cook might be especially interested in this book. Ann Ryan, a former art teacher, has done a great job with the drawings.

The press run was quite small, but it is still possible to order books by contacting me at libjames@gmail.com or by phone at 970-498-9732, Very soon Muffin Magic will be available as an e-book.

Clare Rutherford is on next week.

In this book, kids will not only understand their canine pets better, they will also learn to appreciate the 'wolfian' glimmers that animate some aspects of every dog's behavior and learn to treat dogs as the faithful partners they have become over a 12,000 year relationship. 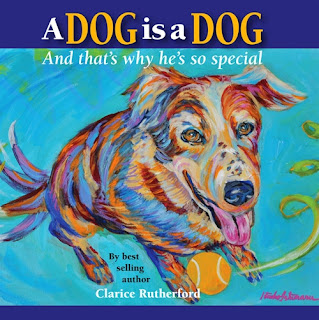 Posted by Libby James at 5:02 PM No comments: